For a long time, the way we use software is to buy it once and then use it for a long time. However, it seems that the software companies realized that it brought them a good amount of income, but they also needed a longer term income from their software.

Currently, the monetization models that have dominated the industry are subscription and perpetual licenses. Subscription means users instead of purchasing software pay a specific amount each month to keep their software account running while perpetual license means users will get a software license for a few months or a specific period afterwards. which they will have to buy it again. . This way, software companies generate better revenue with 36% of companies opting for a subscription and 24% opting for a license. This percentage will increase to 53 percent and 37 percent in the two categories respectively.

The main reason software companies plan to switch from a one-time purchase to monthly subscriptions or licenses is that it will allow them to generate better income in the longer term. Companies through this are planning to enter a whole new vertical market and 72 percent of software industry developers agree with the idea. The best part about it is that software developers and publishers give users a great deal. Before subscribing to a monthly payment, users can rate or try the software before making the official decision to subscribe permanently.

However, there have been issues with the alignment between software prices and values, where 30% of respondents believe software value and prices are fully aligned while 63 believe it is not. . 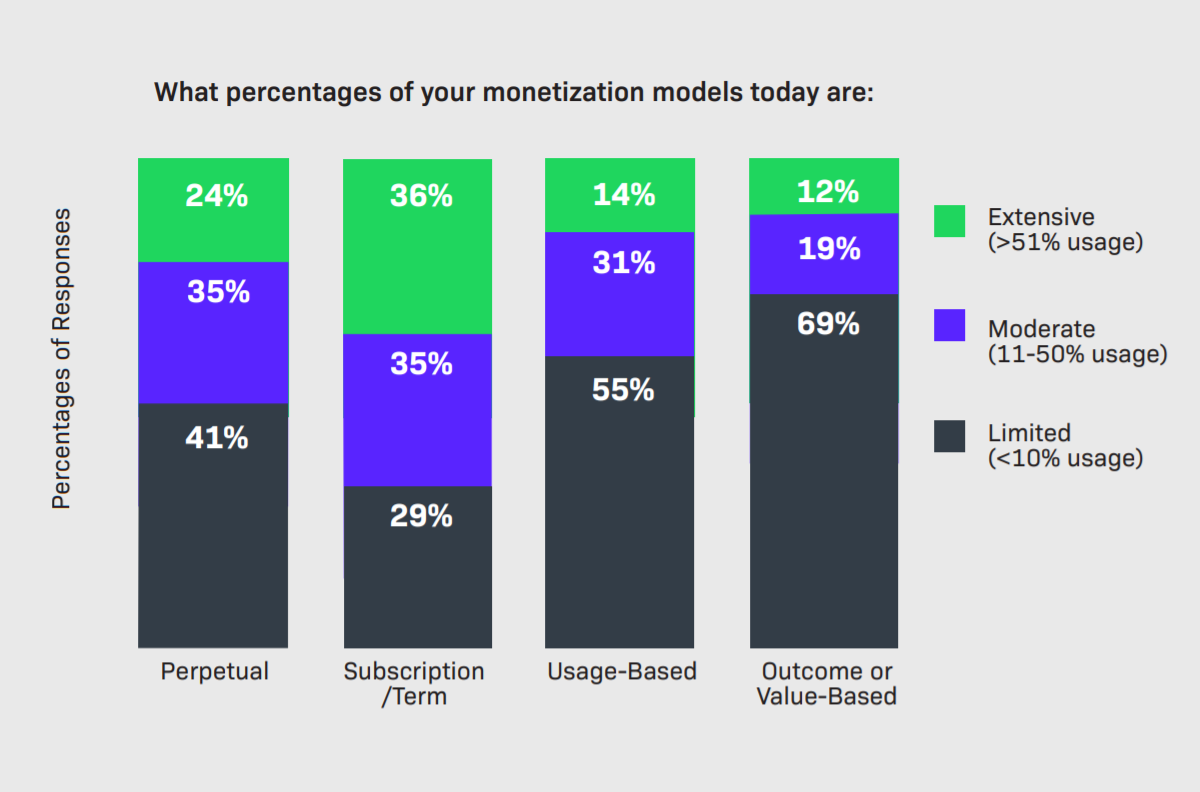